With pianoforte accompaniment, introduction, and notes.

Although Sharp admits he had "no technical or practical knowledge whatever of nautical matters" and had "never even heard a chantey sung on board ship", this work comprises an important, thoughtful compilation of shanties. Many songs were collected first-hand from sailors, especially from John Short of Watchet, Somerset (age 76 in 1914, having spent 50 years on sailing boats). Over one third of the songs were first published in this collection.

Sharp avoids songs that were not used for labour, ("The Banks of the Sacramento", "Can't You Dance the Polka"), and songs that were repeatedly published elsewhere, ("Ladies of Spain", "Cawsand Bay", "The Coasts of High Barbary"). He divides the rest into two categories: Capstan Shanties and Pulling Shanties. Discussion of the word "chantey", the relationship to work, and the influence of hymns and African-American folk song is included in the introduction. Unfortunately, he does not give much individual description to songs, prioritizing discussion of keys, recording lineages, and providing three-part harmonies. He also gives accents over pull-notes for the hauling shanties. 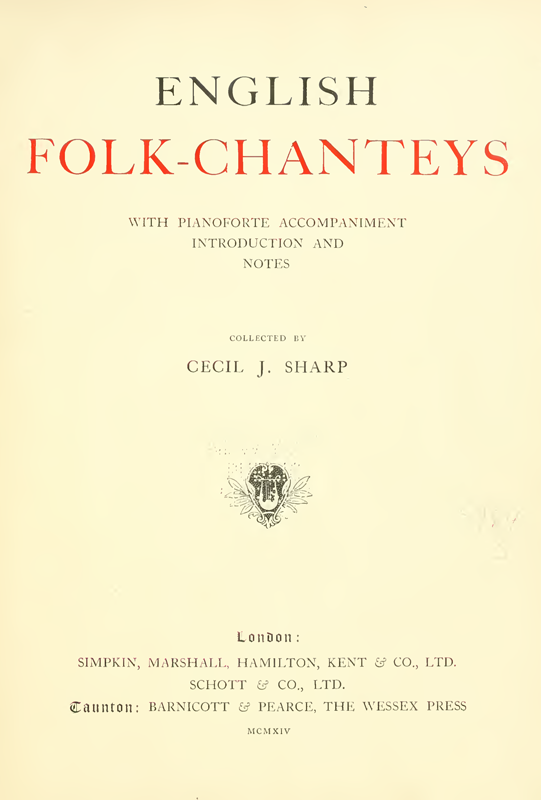